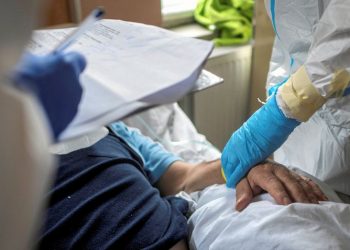 This is the century in which humanitarian and environmental disasters converge. Climate breakdown has driven many millions from their homes, and is likely to evict hundreds of millions more. The famine harrowing Madagascar at the moment is the first to have been named by the UN as likely to have been caused by the climate emergency. It will not be the last. Great cities find themselves dangerously short of water as aquifers are drained. Air pollution kills 10 million a year. Synthetic chemicals in soil, air and water impose untold effects on both ecologies and people.

But it also works the other way round. Humanitarian catastrophes or, to be more precise, governments’ cruel and irrational responses to them, are triggering ecological disaster. Nowhere is this more obvious than in the construction of border walls.

George Monbiot is a Guardian columnist

If Olaf Scholz is serious about progress, he must back a patent waiver for Covid vaccines | Joseph Stiglitz

Russia bears down on Lysychansk, targeting police and judicial buildings