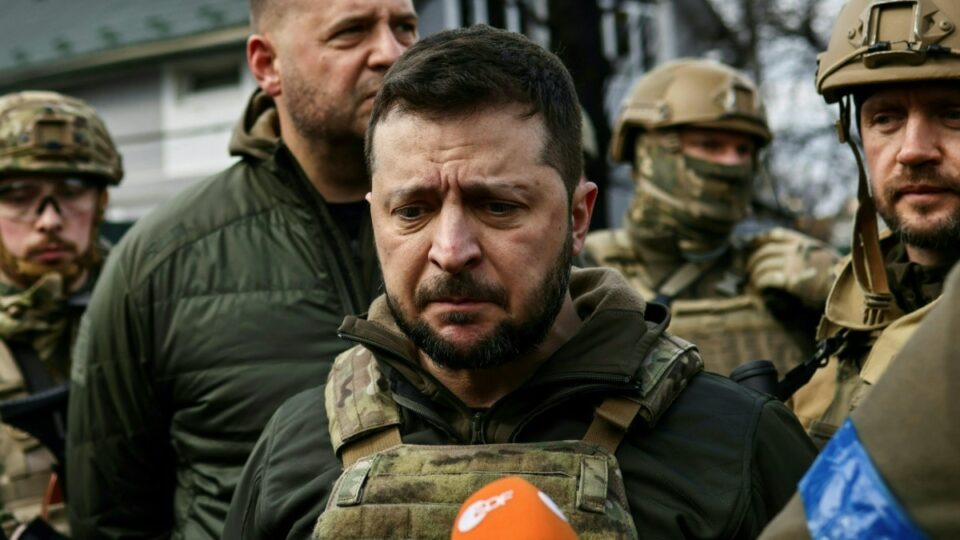 Addressing an urgent meeting of the UN security council late on Wednesday, Zelenskiy said Ukraine would put forward a resolution condemning “any forms of energy terror”. Referring to Russia’s likely veto, he said, “it’s nonsense that the veto right is secured for the party that wages this war.”

Ukrainian president Volodymyr Zelenskiy urged the United Nations security council to act against Russia over air strikes on civilian infrastructure that have again plunged Ukrainian cities into darkness and cold as winter sets in. Russia unleashed a missile barrage across Ukraine on Wednesday, killing 10 people, forcing shutdowns of nuclear power plants and cutting water and electricity supply in many places.

Neighbouring Moldova said it was suffering massive blackouts caused by the missile barrage and its EU-friendly president, Maia Sandu, accused Russia of leaving her country “in the dark”.

European Union governments failed to reach a deal on Wednesday on the level at which to cap prices for Russian sea-borne oil under the G7 scheme and will resume talks, EU diplomats said. Earlier on Thursday, EU representatives met in Brussels. The move is part of sanctions intended to slash Moscow’s revenue from its oil exports so it has less money to finance the invasion of Ukraine.

UN political affairs chief Rosemary DiCarlo told the UN security council on Wednesday that an exchange of 35 Russian and 36 Ukrainian prisoners was a positive development amid the “dark news” of Russian strikes on Ukraine. DiCarlo encouraged the parties to continue prisoner releases and follow international humanitarian law in relation to prisoners of war, Reuters reports.

A Russian court on Wednesday extended by six months the detention of opposition politician Ilya Yashin, who risks being jailed for 10 years for denouncing president Vladimir Putin’s assault on Ukraine. The 39-year-old Moscow city councillor is in the dock as part of an unprecedented crackdown on dissent in Russia, with most opposition activists either in jail or in exile. He faces up to 10 years behind bars, if convicted.

The Kremlin said on Wednesday it had faith in the “success” of its offensive in Ukraine. “The future and the success of the special operation are beyond doubt,” the Kremlin spokesperson, Dmitry Peskov, said on a visit to Armenia, using the official Moscow term to describe Russia’s assault, Agence France-Presse reports.

European cities were urged to send spare generators to Ukraine to help the country through the winter in the face of Russia’s attacks on electricity infrastructure. Ukraine’s power grid came under bombardment again as the European parliament president, Roberta Metsola, launched an appeal to get generators to Ukraine.

Pills in the post: how Covid reopened the abortion wars

EU has ‘limited’ appetite for post-Brexit migration deal with UK