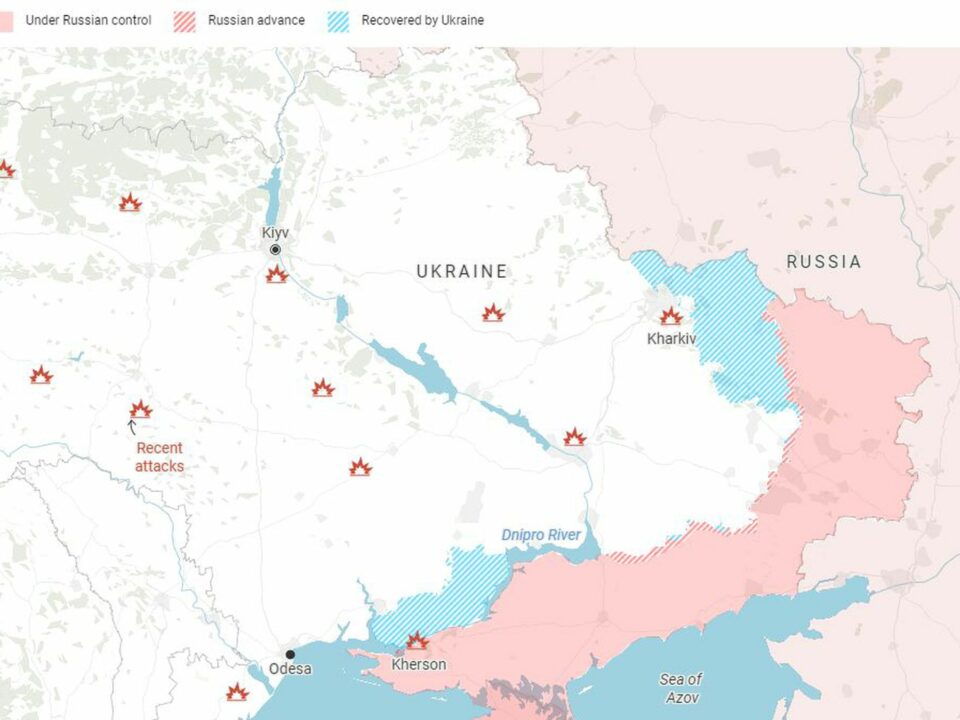 Russia has fired dozens of missiles at Ukraine in a new onslaught against the country’s civilian infrastructure, killing at least six people in residential areas, as Moscow once more tried to retaliate for its military defeats by targeting the population.

Ukraine’s armed forces estimated that Russia launched 70 cruise missiles, of which 51 were intercepted by air defences, in what the army called a “large-scale attack on crucial infrastructure facilities”.

Families of drafted Russian soldiers accuse Putin of snubbing them